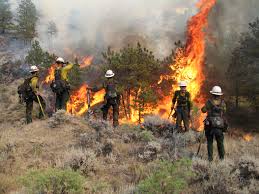 Example of a Meta-Narrative

Firstly, when I arrived at the changing room, a young boy, blond, perhaps 7, was changing. He was friendly and talkative, the first time this has happened in Hope. (Most young boys are pretty shy with adults, or with me at least.) He asked if I was here to swim, and we chatted while I got undressed.

When I took my hat off he said, "You have funny ears."

Since his ears stuck out very obviously, I said, "So do you."

He didn't respond to that, so I said that it was all relative, and that if I were an elf, in Lord of the Rings, my ears would probably seem quite normal.

Then, when I took my shirt off, he stared and said something about how I had three points, or spots (at least that's what I heard). When I showed puzzlement, he said that I had those things "like strong men have," or words to that effect. I realized he was talking about my "abs," my washing board stomach. I told him that I used to do kung fu.

Finally, as he was leaving, I smiled at him, and he said, "Why do you have that funny tooth?" (Protruding upper tooth, like a fang.)

I told him, "My father gave me that." He seemed surprised.

I did sauna and steam, then swam 20 laps, thinking about my talk with Gabe (during which I was more excited than usual); I was feeling a little sheepish about all the quasi-military talk, wondering if it was a little premature, or just plain goofy.

I sat in the hot tub for a spell and a small native boy, maybe 5, climbed in near me. He touched my left hand by accident as he did. I said Hi, and he said Hi back.

I returned to the sauna; a muscular guy was in there, but he left soon after. Another muscled guy with a blond beard came in and sat opposite me. We exchanged a look, and I said "Hey." I got the sense he wanted to connect so I stayed open, kept my eyes open without looking at him. I wasn't going to search my mind for something to say, but I wanted to stay open in case there was some sort of movement to connect. It occurred to me that he was probably a fire fighter, as those guys hang out at the pool sometimes. I looked through the glass to see if there were other muscled and tattooed guys out there, and saw a few, so I asked him if he was a fire fighter. He said he was. I joked that I had guessed because of all the "manly men" around, since usually there are only kids and old people at the pool.

(Meta-narrative: like SWEDA, where everyone is a wounded child, with a constructed identity that is like a decrepit old fart. The manly man ~ the solar upright aspect ~ is only now beginning to show itself.)

Since I had heard there were about 350 fires raging in BC recently, I commented that he must be keeping busy. He said that the work came and went. I asked if he fought forest fires or buildings (forest), and whether you could only do one or the other, not both (yes, the training is entirely different).

I commented that, presumably, forest fires couldn't be fought, so much as contained. He said that was how it was.

He talked about fighting forest fires and how it's done: soaking the ground so the fire stays within certain confines, it can then be directed towards another fire in the area. Since the two fires consume everything in their path, when they meet, there is nowhere for them to go (everything behind them has burned up), so they merge into one another and settle down (I forget the phrase he used), eventually dying out. I said it was like the two fires canceled each other out.

He talked about the training they have to do, and how a lot of the work entails not fighting fires but cutting down the burned trees left in the wake of the fire. These can be as dangerous as the fire. They fall silently and fire fighters are often getting clobbered, even killed, by them. I said that the burned trees were like the "back-up" for the fire; he nodded and said, "If the fire doesn't get you, the trees might."

I said something about the fire not being an enemy.

I made a comment about how it must be invigorating work, he said that it was but that the guys got antsy when there wasn't anything to do; I almost asked, or joked, about setting fires to have something to fight, but I refrained as it might come out wrong. (Later on this guy Josh, not a firefighter, told me ~ and not because I asked, he brought it up by himself ~ that this does happen.) Instead, I asked what they do in order not to get antsy. He said they have to do a lot of studying, because part of the job entails learning how to measure environmental factors, such as ground humidity, wind, and such, to determine how dangerous the fire is. He talked about fires on hills being especially dangerous, because they proceed slowly at first, so that the ground ahead gets dried out by the heat, and then they suddenly start racing, because the land is so dry.

I saw an opening for a more psychological angle, and asked him if he found himself noticing details like this even when he wasn't working. He said that he did, his training became second nature, so he was constantly noticing these things even if there was no fires about.

Two more fire guys came in at that point, a heavy white guy and a wiry Native with a goatee.

I asked the first guy if he found that his awareness was enhanced overall by his work. He said it was, and used the example of being in a forest, hearing a twig snap and immediately becoming alert to danger. I made a comment about how, even if it wasn't a fire, it might be a bear. He said something about falling trees, and I added that it was like guys who've been in war.

He said, "Yeah you get jumpy." I said that it was better to be too jumpy than not enough, which he agreed with.

I said that presumably the key was to respond rather than react, from fear, because if you heard a snap and just bolted, you could just as easily run into a falling tree as away from it. He nodded and said, "React, and then respond." I was pleased by this because I'd thought maybe I was getting too esoteric for him. Apparently I was speaking his language ~ or the language of his training at least.

(Meta-narrative: this reflects exactly when Gabe and I were talking about how being in the crucible of SWEDA provides training that we can then take into ordinary life, our "senses" now enhanced by the experience in the field.)

That was pretty much it for the conversation. The guy got up to leave and I made a crack about doesn't he get enough heat at work, as a way to smooth my own exit. He said, "Training," and I followed him out the sauna.

Back in the pool for more laps. Some more fire-fighters were jumping off the diving board. At one point, I noticed that the little Native kid (pretty sure it was the same one who touched my hand) was lining up with them to jump also.

I swam 20 more laps then went to the hot tub, where I ran into Josh, who talked about Tai Chi (his wife gives a class nearby), and who told me the thing about fire-fighters sometimes starting fires.
Posted by Jasun at 08:44

Great story - I would enjoy reading more metanarratives like this one.