I Will Always Be the One I Never Was 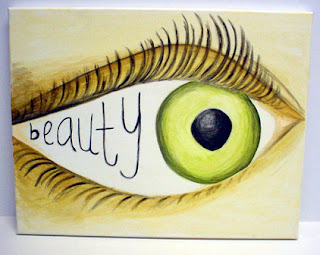 When life seems to be going well and full of promise, identification with the imaginary self that is living his life increases, he gets swept away on a tide of optimism and forgets to pay attention to what is actually happening. Within no time, the chemicals released in the body by (or as) positive feelings have caused the body to burn out. And so the comedown is inevitable.

Every time his mind wandered into fantasy, he brought it back by looking at the people and things around him and taking in the moment as best he could. Life was a living movie of infinite variation. How absurd it was to want anything besides whatever was happening in that moment, when the moment was so infinitely rich that he could only ever observe the smallest fraction of it. Every time his eye fell on something, he recognized how he could have missed that sight if he had been following his pointless thoughts instead. How much he did miss, every single second!

If we got enlightened tomorrow, how much would our plans change? Would we drop everything, or would we continue just as we had been? Maybe it was time to simply act, boldly, to make decisions, and not be continuously questioning, doubting, and wondering what was best? Weren't we forever waiting for something better to come along, like prima donnas turning down all the offers just in case a better one comes in. And prima donnas wind up sad and lonely has-beens, or worse, never-have-beens.

What made him timid and cautious was when he believed in his story: the story he was busy spinning with his mind with every fantasy, fond memory, and hope for the future. It was only when he invested in that bright future which he was inventing out of the handpicked fragments of the present moment that he lost the treasure that was always before him. In fact, it didn’t matter, because he wasn't really choosing anything anyway. All his mental gymnastics were after the fact. They were a narrative overlay to sustain the illusion of the artificial intelligence of the self, the illusion that he was running the system, rather than being run by it.

There was no future. There never would be or could be. The future was only the futile attempt of the past to assert itself and make things come out differently. And since the past was dead, the future was forever unborn.

To separate purpose from circumstance was impossible. To try and create perfect circumstances and then to use them as a platform to act with purpose and meaning from — was impossible. It was impossible because he wasn’t some intelligence acting on or in his life. He was nothing but life, one individual expression of it among an unimaginable multitude of individual expressions. And all circumstances were the right ones. That was the problem with all his fantasies. They were irrelevant. If he was lucky, if his circumstances were improving, it could only be because life had a purpose for him. It was up to him to become that, to allow his improved circumstances to generate a corresponding new purpose and meaning to inhabit them.

There were so many things happening all the time. He was witness to them all, yet he noticed only an infinitesimal fragment. He was truly deranged, with his endless immersion in an internally generated dialogue that told him absolutely nothing about what was going on. NOTHING! He could STOP that nonsense any time, and his suffering would die with it. But time was running out, and his impoverishment became more nakedly apparent to him with every passing moment, every dying breath.

Do it now, while there is still time! After you are dead it will be too late.

This post is my swan song. Nothing will change. I cannot write my way to enlightenment. I will always be the one I never was—an image projected by the desire to be admired. So bye bye. While you are looking and pointing, what is behind the shadowy cloud of this mind slips through the needle’s eye, and Infinity wins again, like it always will.

jasun you're free, and have always been free...whatever you or any of us do, there's no escape from freedom...that's all life is

You may not write yourself to enlightenment/ we murder each and every word. You can will yourself into knowledge that might have a modicum of enlightment. Shine forth!

'I will always be the one I never was—an image projected by the desire to be admired.'

Funny that desire to be admired, I wonder if God is absolutely vain and simply wants to be seen, He wants beings to see Him and appreciate His beauty and then He can also experience that appreciation for Himself through them. And even the fantasies of sentient beings would be seen by God to be only confused yearnings torwards Him. He knows ultimately that He is everybody's goal and must love that fact - how vain is that?

He the beauty of the moment and He knows you're looking.

Dude. Why do you get so worked up about enlightenment?

What the hell happened to Aeolus?

I generally think I'm one of the craziest bloggers out there, but I always know, there's at least one who is a crazier sense-maker than I am. I check in on this blog every once in a while, to see what's up with Aeolus. Last I heard, he was staging his own crucifixion, in Maya land in 2012, no less. That's balls. Now he's off to cerebral Finland or something, to study enlightenment from a guy named Dave. Alright. I trust what lesson he comes out of this with, will be unveiling.

Just thought I'd mention that this lines up with a lot of what I've been experiencing and thinking about lately. I am unable to properly express what I am feeling but I always manage to stumble upon someone else's writings that describe it perfectly. Thank you.