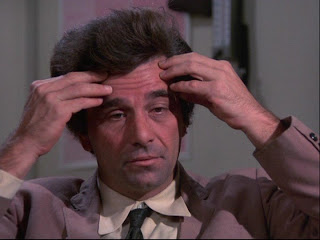 Why am I here in the Baltics, where the wind blows cold in June?

The easy answer is that I am here to make a fresh new start in life, in a place with no previous associations. Beyond that, simple practical reasons for being here are few, and all secondary to this first one: I am here to investigate more deeply into a phenomenon which has perhaps always been under the surface of my awareness, but which only recently came all the way into view, a phenomenon which, for whatever reason, seems to be emanating from this part of the world. The Transmission.

What is the Transmission? A Homing Signal? A form of conscious energy that may take up residence in and find expression through human beings, but which is not restricted to human beings?

A living agent of awakening that issues from beyond the material realm and that calls us back to its source, which is the source of everything? That wishes to land in and emerge through material form while turning material forms back towards their own true nature, which is that of conscious energy?

I am here to scout for and collaborate with individuals who are able to receive, recognize, and embody the Transmission and thereby increase the strength and clarity of that Homing Signal.

From what my feeling-sense tells me, the Transmission wants to take over my life; but it has always been running the show, so maybe what is changing is my wanting to have a dialogue with what is running the show - to be a conscious puppet instead of an unconscious one.

It's an infinity loop: I am here to investigate what brought me here. Clearly, the Transmission does not originate from the Baltics or anywhere in the material realm. There may be areas of greater or lesser concentration, that's part of the investigation.

I expect to meet with skepticism. Why wouldn't you be skeptical? What's the alternative to skepticism? Belief, or credulousness?

For most people, "open-minded" and skeptical seem like opposites, but can an investigation proceed on any other basis besides one of skepticism and open-mindedness?  I'd say a little of both are required. I am skeptical about Transmission - if I weren't I would have to be satisfied with only partial knowledge and fill in the gaps with belief. Perhaps the reason skepticism often takes on negative connotations is because we are taught that we must believe in something? It is bad manners not to believe another person's claims, for example, because non-belief is equated with disbelief, so we end up seeming like we are calling them a liar just because we question their claims.

We can't even conceive that a state of non-believing different from dis-belief could be possible. Belief is like the ground we stand on. Having an opinion, and a "position," is mandatory, unless we simply plead ignorance. Ignorance also has a bad name - as if saying I don't know is somehow less honorable than having an unformed opinion about something.

But gnosis can only occur in/from a state of agnosis. Knowledge can never come from belief, only from an acknowledgment of ignorance. Investigation comes from admitting ignorance combined with an intent to find out the truth, and to suspend all belief until knowledge has been gained. Detectives have hunches, it's true, but that's more like intuition than belief, which is a product of mind. The trick is to act on a hunch without believing in it. Because of our need to believe or disbelieve, a hunch often leads to a belief, but it doesn't need to. Why do we choose to believe one thing over another? There are many reasons, but intuition may be among the better, more "organic" ones. Then again, it could also be a subtler less surface sort of self-deception.

The purpose of following a hunch is to test a belief. Then the belief is either confirmed and becomes knowledge, or is discarded as a faulty intuition.

ET phone home... you have to get your heart glowing red.

Have you found any methods for amplifying signal transmission yet?

still working on it; my hunch (and outside guidance) suggests that it's primarily physical maintenance, maybe exclusively. To receive the signal we have to get our receptacle in good working order/shape.

The psychological approach to meaning often relies on the notion that meaning is a conscious and intentional construction. King will present an alternative approach inspired by William James' "fringe of consciousness" notion, in which meaning emerges out of intuitive processes. Sense is not made but automatically sensed through meta-cognitive experience, heuristics, and affect.

If you have no time at all, here is the upshot:

If somebody is in a good mood, life is meaningful (to him).

So you have a hunch, that if you can hook into the Transmission, you'll be enlightened like Dave. I'm skeptical of that capital T. I'm starting to be skeptical of you both. You haven't told me nothin' yet. But I trust you to tell us, if he turns out to be a tyrant.

You are supposed to be skeptical. But are you open-minded?

Greetings from the Aragonese Pyrenees
Nacho

Good luck on your investigation. If someone can teach enlightenment, I do not want to meet her. I want to meet her 5 most recently enlightened students who were successful in their work. That would demonstrate validity in transmission. Anything else is more likely a smart individual selling expensive videos on the Internet rather than a genuine teacher.

So you want others to do the research for you?

It sounds logical - but why would you believe the enlightened students and not the teacher?

I wouldn't believe the students over the teacher. The enlightened students' existence would be a proof of the Teacher's credibility.

As open-minded as anyone I know.

"I wouldn't believe the students over the teacher. The enlightened students' existence would be a proof of the Teacher's credibility."

How would you know they were enlightened? Your logic leads nowhere. It's based on a faulty assumption which I addressed in the latest post, which is that any but the enlightened can recognize enlightenment. The only sort of enlightenment you will ever recognize is your own.

"As open-minded as anyone I know."

You place yourself at the top of your own heap then?

I heartily approve of the Enlightenment Teacher, Dave with Intensive workshop space / time in Finland. I believe it can Enlighten you! Drop all the junk, and be En - Lightened!

Your writing sounds healthier and the "proof is in the taste" - my taste, in this case. And I sense something good for you!

This is where I found "Love" and "Everything" the other day:

You have to find out for yourself by giving it your best.

Part of that "best" is giving it a chance, FWIW.

It's my understanding that most are not great teachers. But that doesn't mean if you *do identify one, that you cannot learn from that person.

Hells, in the right state you should be able to learn from everything and every one!

All Good Wishes to You.

To receive the signal we have to get our receptacle in good working order.
Transmission Shop Fort Lauderdale