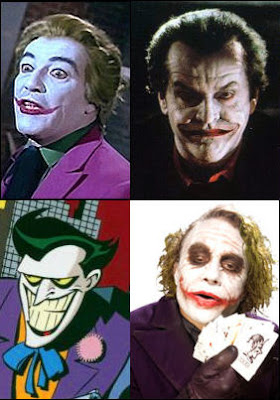 Louis Proud posted at the forum:

Given the fact that channeling is extremely draining for the medium, might this explain why some actors frequently have breakdowns, and need long periods of time to recuperate? (Or, as Elvis suggested, require maintenance of a metaphysical nature. In Scientology, one is believed to be influenced by “thetans” (spirits), which cling to one’s body, but are able to be removed using various visualization techniques.)

The mediumship of actors does make sense. A lot of them talk about "getting into" their character, but maybe it is their character getting into them! I read how Marilyn Monroe used to walk down the street totally unrecognized if she wanted to be (being just plain Norma Jeane?). But if she wanted to be recognized something would "come over her" and all of a sudden everybody on the street could "see" her. And that the same thing used to happen in the makeup room. She would sit there like a lump, but at camera call she would suddenly light up and beautiful, scintillating "Marilyn" would be there.

This does sound like someone shifting personalities—or even someone who is able to control the movement of “the assemblage point”—Carlos Castaneda’s definition of a sorcerer. Actors are natural sorcerers, yet we rarely hear about the magic of screen-acting so much as we hear of the magic of movies (SFX, historical recreations, etc). I suspect most actors aren’t even aware themselves how they do it. Of course, all actors are trained in specific acting techniques, most famously “the method.” Method acting entails a deliberate manipulation of consciousness in order to summon memories and feelings from the past, to bring them into the present and temporarily transform the persona. Simply put, if an actor needs to cry, he or she will summon a memory of a specific past grief, channeling that experience and the relevant emotions into the scene. Another way of putting this is to say that actors send their consciousness back in time, to a relevant experience, and thereby relive it; from that recondite corner of the past, as it were, they act out the scene, as if projecting it into the present moment, while they (their conscious ego selves) remain in the past. A third way of describing this would be to say that actors allows their past selves to take over their consciousness. This would be more or less like someone suffering from MPD—or someone psychologically reconfigured by mind control techniques—who allows a sub-personality or “alter” to take them over. All of these are ways of describing, in more or less familiar terms, the movement of the assemblage point, i.e., the point where reality (or perception) is assembled. The assemblage point gives us both our sense of reality and our sense of self. If it shifts or moves, both of these change accordingly.

In the sorcery terms of Castaneda, actors stalk both themselves and others; they practice “controlled folly,” in order to direct and alter their perception and cause subtle or profound changes in their reality. Like children who play make-believe and get lost in fantasy worlds, actors conspire—with other actors, directors, and writers, and most of all with their audience—to assemble a new perception of reality that will temporarily replace the old one. Naturally, a good actor would be one who has a flexible assemblage point, a natural propensity for entering into altered states of perception and experiencing parallel realities—in other words, one whose grip on reality is somewhat tenuous.

Actors—especially accomplished method actors such as Robert De Niro—are often described as being ciphers, empty vessels who only come to life (as in the above description of Marilyn) when they hear “Action,” at which point they allow their “character” to animate or “possess” them. The similarity to programmed killers—or more mundanely, to victims of extreme psychological and/or physical abuse—people who remain passive and zombie-like until they receive a trigger command and snap “into character,” is apparent.

This is very different from how acting used to be, however, in the early days of Greek theater. In those days, plays were written and performed to the specific end of healing and catharsis, and the actors usually wore masks (persona being the Greek word for it). This might be seen as the exact inverse of the internalized “method” of modern screen acting, and it brings to my mind Jack Nicholson’s quip about how all he needed to get in character was his costume. Nicholson started out as an intense, brooding, method actor very much of the Brando mode; but, after the first decade of his career, he became less and less of an internal actor, and more and more of a performer, almost burlesque and buffoonish in style, and often self-parodying. Was this a conscious choice on Nicholson’s part in order to survive with his sanity intact yet remain on top of the acting game? Most of the time, Nicholson has traded on his screen persona and always played “Jack Nicholson,” even when he was Satan or the Joker. Was this his way to ensure that he never be possessed by the demons of the unconscious—or by the hidden forces of Hollywood—that might turn him into an unwilling sacrifice?

Marlon Brando, an actor who was close friends and neighbors with Nicholson (and who achieved a similar degree of legendary status), also turned himself into a parody during a key period of his career (the 1960s, when he did so many poor movies and gave several such clownish performances that, by the time of The Godfather, he was considered washed up). After he returned to acting in the 70s, Brando made The Last Tango in Paris and swore never to go that deeply inward for a performance again, stating that it was too painful, that it took too much out of him. After that, he became a sporadic and often laughable presence on the Hollywood screen, and when he did perform, he tended to give extravagant, superficial performances or lazy, cynical cameos (such as in Superman). Brando spent most of his time on his private island in Tahiti, remaining vocally bitter and cynical not only about Hollywood, but about the acting craft in general. His last few years leading to his death were overrun with personal tragedies (his son was accused of murder and his daughter allegedly committed suicide soon after), a real-life gothic narrative that played like the most sensational kind of murder/mystery melodrama.

That was a digression, however. I was trying to entertain how becoming deeply involved in the art of acting—most especially within the ultra-competitive world of Hollywood—might well be recognized (by those in the know) as a dangerous game indeed, and not something to be messed with. Rather like getting mixed up in the world of the occult, for example? Or the sex and drug underworld. Or that of espionage? The risks appear to be scaled precisely in proportion to the potential rewards. If you are willing to offer up one’s entire being, not just one’s body, as a sex object, but also one’s soul, as a vessel for the collective unconscious to express and indulge itself through, then you may have a shot at becoming a living legend, like Brando or Nicholson, to be worshiped as one of the “immortals”— human gods. But, in a strange twist on the old religious traditions, the modern deities that are our screen idols do not receive sacrifice from their worshipers, but rather run the risk of being sacrificed to them.

This fact may relate - in an obscure but meaningful way - to why the casualty rate in the entertainment industry is so disproportionately high.

(Note: This subject was discussed a while back on Shooting the Ghost podcast, here, and here.)
Posted by Jasun at 14:39

I was doing a bit of research into the bird totem in our culture and how it was associated with human sacrifice (Aztecs, Bohemian Grove) which eventually wound around to Heath Ledger as a "sin offering".

Jung called an over-identification with an archetype being "possessed by the archetype". Somehow, Nicholson was always able to keep these archetypes at arms length.

Agreed. From personal experience I can say that channeling requires much less of a sacrifice when shared only with self... a sacrifice of one's self to one's self... an alchemical transformation in affinity with focus lacking the many consumers of the fair... leaving the whole.

Well worth a read. Fascinating stuff about showbiz and shamanism, and exactly on topic for this post.

"Actors—especially accomplished method actors such as Robert De Niro—are often described as being ciphers, empty vessels who only come to life (as in the above description of Marilyn) when they hear “Action,” at which point they allow their “character” to animate or “possess” them. The similarity to programmed killers—or more mundanely, to victims of extreme psychological and/or physical abuse—people who remain passive and zombie-like until they receive a trigger command and snap “into character,” is apparent."

You just described my childhood, and what it caused me to become, perfectly. I am an empty vessel; there is no "me" there...I simply become whatever someone calls forth from me at the moment.

Actually, I would like to ammend what I just wrote. I am empty, except for a vast hatred of the world and everyone in it.