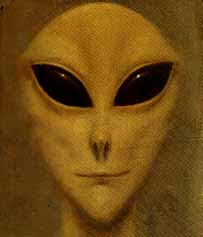 The Satan in the story does keep the thread from unraveling, just as well.
We don't want to come apart, no? There's two "walks", one is torn between,
wanting to send a wink your way for your astute article (keeping it real),
and taking the bus (heeding the call) from the other, who is wholly other?

very cryptic; which BOB are you a fan of?

also somewhat synchronicitous, as I just wrote to a friend the following about whitley:

whitley has been having a nervous breakdown since 1986

the pity is that he keeps pulling himself back together again

Through the darkness of futures past
The magician longs to see
One chance/chants out between two worlds ...
Fire, Walk With Me!

note to post-ers: there have been quite a few "batty," free-ass comments coming in and I'm starting to delete them rather than publish them, not because i want to censor anyone, but because they aren't adding anything besides "color" and they are likely to discourage other people from posting more sincere or relevant questions or comments.

I know maybe i set an example for wacky free-ass posting, but even so, this isn't a place for you to show off your right-bran proclivities, it's a place for dialogue.

Oh I get it. Lucifer is your soul
take from the tempter and lose it
can't have your soul & eat it too
the apple IS your soul IS heaven!

There's reincarnation insomuch as
there's consciousness insomuch as
we made of the same doggone stuff
what individuates our varied egos
is our consumer nature what can't
never be subdued, save, something
something something, train wreck!