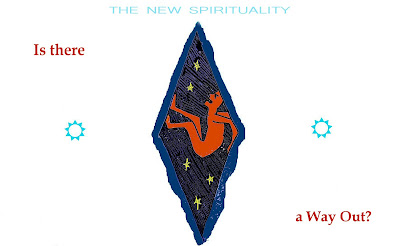 I am breaking my silence to share two new releases which I hope will herald a new beginning for me: An article at Reality Sandwich on Dave Oshana & the Transmission. And an interview with Doug Lain, recorded two months ago, on matrix living and the dream of enlightenment.

I enjoyed listening to the first half of your Diet Soap interview. You are a smart person, a thoughtful person. You seem sincere in your quest. You seem serene. Please carry on.

you sound a lot happier than in your older podcasts, more like a cool friend that's fun to talk to than an intimidating intellect

I thoroughly enjoyed the Diet Soap interview. I really liked the rigorous but playful interplay of ideas between you and Doug. You do indeed sound very happy these days....thanks for providing me with an hour of quality IPod time!

thanks everyone for sharing

I respect and admire the way your path is unfolding.
I work with a Teacher who works through powerful Transmission and lets it do the work. I have been with him for 4yrs and now shakti is active in me all of the time. The Transmission works-- even so I find that I still find ways to avoid it's raw power. Nevertheless, it has dramatically changed my life. So many will be unable to understand this most fundamental relationship between Guru and disciple - the Esoteric Relationship in Consciousness. Obviously this is because in the west that relationship is almost fully stigmatized due to the projected fears about cults and the continued prevalence of deluded neo-advaitic and fundamentalist bizarre Christian teachers and false prophets, etc. When a real adept shows up, he make not look like what everyone's preconceived ideas about what he's supposed to look like or act like. On top of that many won't figure out how to use that help. As you know it takes a long time to know the Truth of the universe and Reality itself.
What those who are quick to judge don't realize is that we even know that the Adept/Siddha doesn't have the monopoly on That, we haven't been duped into someones eccentric messianic trip. We have been fortunate enough to have happened upon the Esoteric dimension beyond the words, emanating from a human being who accomplished, or rather was accomplished by Existence-Consciousness-Bliss itself.

Awesome post.Thanks for sharing.This is so nice.