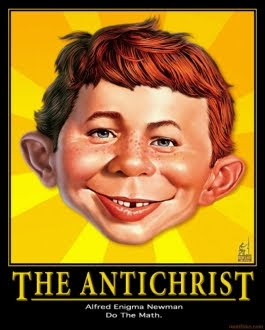 For those who aren't hanging out at the Forum, here's a post I made today, in response to one of the more Alien Among Us, :

We don't so much talk about problems at SWEDA; we just talk about whatever comes up, and then look for patterns, narratives, that tie that stuff together and allow to go deeper.

Patterns suck when you are in them (being triggered by them), but that doesn't make them problems. A problem is something that requires a solution. That's the mod-world way of looking at stuff: everything needs fixing or improving (even when it's not broken).

SWEDA is the old-world methodology; it is geared towards seeing patterns, and going deeper into them: looking outward to better see inward, and vice versa. It's not therapy, it's theater.

If you go to a modern doctor, he does some tests and he tells you that you have terminal cancer and you are going to die. Having given you a death sentence, chances are you will die. That's "reinforcing a problem by talking about it." Ask the same doctor to explain why you got cancer, and he will tell you "Nobody can answer that." Most mod-world doctors are shit-peddlers who get paid for believing their own lies. They may not know what they are talking about, but they believe they do; and if they persuade you to believe them, then you may get well from their drugs and radioactive cures, or you may die from the diagnosis. Either way, the cancer is a thing that is alien and hostile and must be combated; and if it can't be beaten, then at least it is to be kept at bay.

The other, old-world method is to see the cancer as a "neoplasm," a new life-form in the body that is created by suppressed psychic shit which the body is massing together in order to flush it out; but if the mind holds on to that shit, the body can't let go, and so the cancer spreads through the entire system, so the body is then under threat. The cancer is an ally that, if allowed to do its thing, will bring forth new life. Transformation. The touch of Pluto that spreads through the whole psyche-soma system. It is not a problem, it is a solution, or better yet, a process.

Patterns are the same: they're creations of consciousness that were responses to an early hostile environment ~ attempts by consciousness to match what surrounds it, no matter how distorted that may be (e.g., family life). Patterns let us know the ways in which we came out of what we knew to be true, and took refuge in lies. Patterns may be untrue as ways of behavior, but they are still sourced in truth. They are like beads we left behind us, as we wandered through the Labyrinth of childhood and adolescence, to the center where the Minotaur would devour our being entirely. ("Maturity" and adulthood.)

If we reject those patterns, and see them as problems to avoid or erase, then we are stuck in the Labyrinth of the constructed identity, and the Minotaur has us.

SWEDA is like individual map-making for the psyche. What people call "problems" are just landmarks on the road of consciousness, and if we can identify them, locate these patterns and trace them back to their origin, they will clue us as to how to make our way back through that hostile terrain, and out.
Posted by Jasun at 22:21

a little irrelevant but please comment on the blue spiral in Norway because your thoughts are respected.

I have printed out a hard copy of "What Me, Worry?" for myself and my beloved. Both of us have been battling with wounds / patterns over the last 9 months. Combating and trying to 'solve' them has just energized them.

This approach seems to have provided breathing space.

thanks tim; glad it was of some use to you