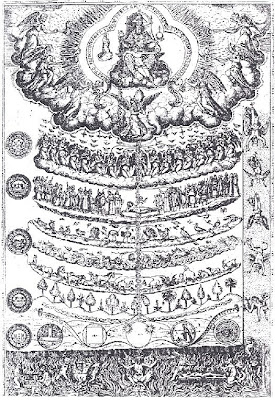 Throughout the current series of posts, I've been referring to, and attempting to map, a process that might be called the “democratization of the archetypes.”

If we begin after the species had moved from being a collective or hive consciousness into self awareness, this process can be simply described as follows:

First we had gods. The gods were the creators of life and the arbitrators of reality. The very laws of Nature stemmed from them (they were these laws, embodied), and humanity could only subject itself to them gratefully, worshiping them blindly and praying for their favor. In a few, rare cases, an individual could embody these forces by aligning with them, thereby becoming one with them. These were the tales from which myths were born, stories of men becoming gods through a terrifying rite of passage by which they overcame the monstrous demons of their lower natures, and entered into active service to the divine.

Religion—as opposed to animism—began through storytelling. As people’s connections to the archetypes became conscious through myth, and through primal enactments, rites of passage and so forth, so began religious ritual and the like. Religion as a social power structure began when individuals—master shamans and storytellers—grouped together and were accepted—or imposed themselves—as representatives of the divine. The rest of the tribe then had to go through these representatives in order to connect to the gods. In the early days, the shaman elite would have still allowed for initiation into divine knowledge, through plants, ritual, ordeals, and the like. But eventually, as the elite came to ever more jealously guard their knowledge, magik was outlawed, and the new priesthood began to lay down religious laws, social mandates, and the like. External religion was really the inception of politics—understood in their deeper, original context, the two cannot be separated. The idea of social rule, for example, originated with priestcraft (for example, the Pharaohs of Egypt) and later with a “royal line” of Kings (royalty being those who determined reality). In both cases, rulership was by divine decree. Over time, these became “sacred” bloodlines to whom the tribe subjugated itself, without thought or question as to the rulers’ worthiness or suitability. It was simply a given: the gods had chosen these men and women to implement their rule, and one could no more question the gods’ decision (or those of their representatives) than one could question Nature.

Eventually, however, the rule of priests and kings gave over to the rule of an elected government: officials nominated by the people, of the people, for the people. This was an illusion, of course, since the same “royal” bloodlines prevailed; but it was a necessary illusion, meant to keep up with the transforming psyche of the collective, the growing need of the self-reflecting ego for a token sense of self-determination. This was all part of the continuing evolution of the surrogate individuation narrative. 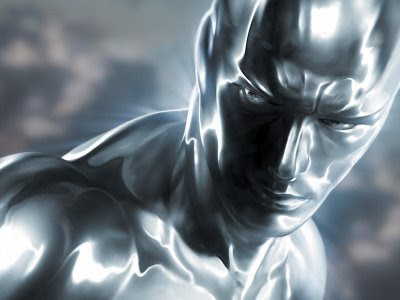 Another key aspect in this process was the motion of morality. Morality had been entirely absent from ancient myths, and from the actions of gods and royalty alike. But over time, it became central to the process of debasement-via-democratization of archetypes. Morality referred to modes of behavior, rather than to an inner quality found within Nature itself (including human nature); now that humans no longer had a direct connection either to Nature or the divine, such qualities had to be proscribed and enforced, both legally and socially. Whereas gods and kings were considered above morality (their rule has always been “do what we say, not what we do”!), politicians and social leaders were required (in theory at least!) to lead by example; as such, they were expected to be paragons of moral rectitude and virtue.

Since political leaders are ostensibly “elected,” they are theoretically equal to the rest of the “tribe.” Their power pertains not to them as individuals but to their “office,” their function within the democratic social structure. Hence they are not rulers but “public servants.” In reality, the power structures in place today are every bit as oligarchic and impenetrable as they ever were (and in many ways more so). Secular, elected officials and leaders are now answerable neither to the gods above them nor to the “electorate” beneath them. Their rule is as total as that of the Pharaohs and Kings ever was, only now they no longer offer even a superficial reminder of the divine realm that is the true source of power, both of elite and mass, of body and psyche. Once upon a time, subjugation to the gods—and even to their human embodiments, the shamans and heroes—was a means of empowerment for the tribe, allowing a psychological transformation/individuation through alignment with archetypal forces. Submitting to the authority of an “ordinary” elected elite offers no such possibilities. We have surrendered our sovereignty to “powers” and “principles” that are quite obviously unworthy; and besides the dubious comforts of security and convenience, we receive absolutely nothing in return.
Posted by Jasun at 12:34

Well Put! I definitely dig your direction here. Your point about the spiritual disconnect with deified leadership is intriguing. So many places to take that in light of the savior stories of modern pop myth... films like Avatar, patterns in my own studies (and the democratization of archetypes), this is all perhaps a sign of us collectively reaching for deity.

This new round of kephas material is elegantly capturing ideas that I could previously only grasp faintly. Thank you for the linear layout, with simple language that does not try to identify a single culprit.

Toure, do you see the collective reaching out for a single Deity? More than one?

you used the phrase necessary illusions and it reminded me of the book by Chomsky. also a documentary available here: http://video.google.com/videoplay?docid=-7772323116690765990#

many interesting parallels can be drawn between the individual and society- as above so below, fractal/holographic reality, etc

HOWMusic(k): i see us reaching for the divine one that we all are. the tv show Heroes is a good example; we are accepting that we are all superpowered, and that we are all connected. the "facebook phenomenon"...

Perhaps the concepts and forms for coming to terms with being and the ineffable are naturally condensed into manageable narratives for primarily psychological purposes?

Maybe an abiding "oneness" is fine for wisdom and fundamental realizations, yet the importance of a richly textured mythic theatre of godman drama informs the daily grind with essential reminders to keep the darker impulses in perspective and the human potential intact and advancing?

You are hitting a real sweet spot with this latest series Jason,thanks much.