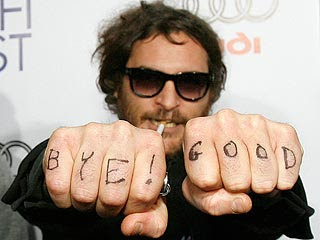 The last phase of this democratization/debasement process is the culture of celebrity. Movie stars are individuals worshiped and emulated by millions, granted hitherto unimaginable influence and power in the world. Admittedly, their influence is less in the socio-political realm than in the spheres of entertainment; but this only means that their reach is all the more subtle and insidious, extending as it does beyond the outer realms, to the inner psychic life of the populace, their dreams and fantasies. Bruce Willis or Nicolas Cage are considered ordinary people who became “stars” through a mixture of talent, determination, and luck. Yet, by virtue not only of their wealth but their enormous popularity—Robert Bly calls it “that manna that comes from the attention of millions”—they have become living, flesh and blood idols—gods incarnate.

Anyone who as ever seriously tried contacting a movie star knows that, for the average person, it is every bit as absurd and impossible as connecting to the gods ever was for ancient man—considerably more so, in fact, since ancient man—given the wisdom—could connect to the gods on the inner planes if not the outer. Making a personal connection to Steven Spielberg or Mel Gibson, however, is about as likely as a lowly peasant gaining an audience with the King would have been in days of old. Celebrities move in a different stratosphere altogether.

Stars are success personified. They represent a modern, coarse version of the old mythic narrative of the Hero achieving his rightful place as King against insurmountable odds and almost insuperable obstacles. Yet stars do nothing as or by themselves, and certainly nothing heroic (unless a ruthless determination for success at any cost can be considered heroic). They are actors who play heroic roles. The shaman-adventurer enacting his quest for the tribe from a place of Knowing, allowing others to share in his experience of gnosis, has become Arnold Schwarzenegger killing Arab terrorists and saving New York City from nuclear holocaust. A star plays a fake role within a manufactured narrative, and becomes rich and famous for doing so. The real-life narrative (the celebrity success story, equally beloved by the masses for the vicarious thrill it provides) mirrors and mocks (inverts) the manufactured narrative in which the Hero acts selflessly for the good of all, and prevails, receiving no personal reward for his troubles save the knowledge that he has done what is right and realized his destiny. A star in real life, on the other hand, attains the supreme reward of wealth, power, and fame by relentlessly pushing his or her personal agenda for self-aggrandizement (literally, when s/he makes it to “the big screen”), an agenda which benefits no one but the star (and of course, his/her many handlers). The star then becomes a living resonator onto which the public can project its own disowned “stellar” (divine) nature, becoming in the process an adoring fan, worshiping at the plastic altar of celebrity.

A fan does not choose his or her idol for any actual, internal qualities which it embodies; nor is that fan receiving power or a sense of purpose through worship. There is no option of “action” at all for the subject of the modern state, since all such actions are already determined by the social control system in which he lives, in which the only freedom is the freedom to choose which idols to worship, and which channels to tune to. Fans are defined not by their actions but by their “taste,” their personal preference (and their fanaticism!), and the only freedom remaining is the freedom to choose their particular brand of entertainment. 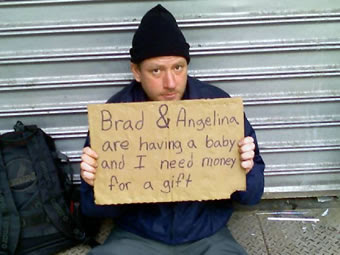 "Movie Stars are as below resonators of the skies above. Their Earthly movements through the silver screen reflect the drama told by the heavens. It is therefore no surprise that Synchromysticism increasingly finds these Stars aligning with the Stargate or Galactic Center." ~ Jake Kotze

"The star then becomes a living resonator onto which the public can project its own disowned “stellar” (divine) nature, becoming in the process an adoring fan, worshiping at the plastic altar of celebrity."

Who do you do you choose to resonate with?!

The director is the magician in all of this, I was amused to read today that Quentin Tarantino, is fired up for the Oscars, thinking he can 'steal' the fire Prometheus style from Avatar.
Tarantino if he wasn't making movies would be;

Which i totally find amusing if 'reality' is the 'gods' way of 'living' through us. Mainly the human spirit, the 'soul' is the medium, the cinema of our fallen world. Then a director is for all intents and purposes a 'magician', would Tarantino lower himself to occult practises, and knowledge?

Which explains why Reality is just as messed up as 'hollywood' these days, sex, violence and depravity are the gods #1 entertainment just like here on earth.

Sometimes I wonder if the actor/actress/performer themselves are aware of this process at *all* (beyond a layman's knowing I mean) especially the downside of godhood, such as being sacrificed (ala heath ledger)& other negative transferals if their career should happen to falter.OR is it all disassociative trauma-land?

Are they just totally void receptacles managed & handled by the system?.... 'Plastic' isn't a base enough comparsion in my opinion

Once you start to understand what Hollywood *is*, theres the temptation to get lost in its multitude of synchs & symbolism, forever theorizing about what are essentially totally fake worlds to begin with. Feeding ANY of our energy to Leviathan is bad news, i hope the synchromystics get that (as i do the same thing in my post here:P)


They stole our dreams, the bastards....

anony,
in my experience, "leviathan",as you put it, being a construct of thought and/or energy, is created of and by the nature of the energy given by or reaped from us.

we all MUST be reaped, and the "one" sows what the "one" reaps, so to speak.

to fear being fed upon would be self defeating and ego aggrandizing.

we can't have a knowing of impersonal forces without accepting that they are IMPERSONAL.

we can weave a beautiful drama, but we have to accept the other side of that coin as well.

agreed, though, that once we realize this, it might be healthier to the immediate mind not to look into most of hollywood whatsoever, for dreamy synchwebs or otherwise.