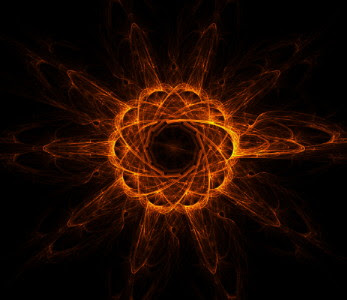 At a partial writing impasse at present, I am going back into spoken word, this time with a live (select) audience on the Net.The idea of live podcasts (or Pod-Classes) is both to allow for greater spontaneity and also for a collective space in which those attending will be tuning into the same frequency at exactly the same time. This creates a telepathic link-up - or meeting of minds - in which something more than verbal communication can take place. For this reason the pod-classes will not be open to just everyone, in the beginning at least, but only those of you I already have some kind of relationship with. The program I will be using allows for listeners to text me during the podcast with questions or comments, which I may or may not choose to address, depending on the flow of things.

The cost of attending an AACK! podcast will be $4.44, a token fee (partly) to ensure that those who join the group are sufficiently committed. However, as I already said, payment is not enough to guarantee acceptance - so if you are interested, please email me first, via my blogger profile.

The title of the first "AACK!" podcast:

"Is There Life Before Death?" 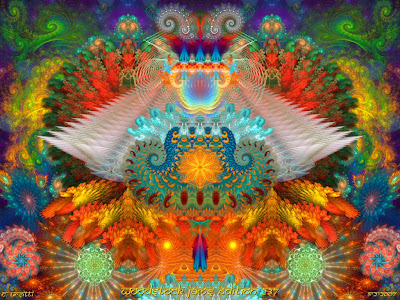 Subjects which I may be discussing include:

The two forms of ignorance: not knowing, and believing we know when we don't. The second kind is the one to watch for.

The two-pronged attack on delusion/the matrix program: saying no to the old, and yes to the new.

Finding one's true purpose as the means - as well as the end - to dropping the ego or false self.

The place of observation as the launch pad for action. Action and engagement as the means to access wisdom. Waiting and precipitating, the yin and yang flow of consciousness, akin to the in and out breath, and the beating of the heart.

The human "form" - how losing it must coincide with surrender to, and alignment with, a higher intelligence. How the social contract of being human is what keeps us sane and morally responsible: like a chrysalis for a pupa, it serves a necessary purpose. How recognizing the lie of the false identity can lead to pathology or suicidal despair without a corresponding awareness of something beyond ourselves running the show.

Failure and success: placing the bar at the appropriate level to you, in order to stay engaged in the battle of life and avoid both lethargy and ego inflation.

Living every day as the last - is it doable, if so, how?

Overcoming the futility of ego-driven, death-invalidating existence by finding and aligning with Cosmic Purpose (aka "the mission").

These and many more Arcana Arcadia in the mesmerizing tones of Mr. Kephas, all for the measly price of $4.44!

To suggest a topic for discussion on future podcasts, just comment at this post or email me.

2. often arcana Specialized knowledge or detail that is mysterious to the average person: "knows the arcana of police procedure and the intricacies of litigation" (George F. Will).

3. A secret essence or remedy; an elixir.

Arcadia (Greek: Ἀρκαδία) refers to a vision of pastoralism and harmony with nature. Arcadia is associated with bountiful natural splendor, harmony, and is often inhabited by shepherds. The concept also figures in Renaissance mythology. Commonly thought of as being in line with Utopian ideals, Arcadia differs from that tradition in that it is more often specifically regarded as unattainable. Furthermore, it is seen as a lost, Edenic form of life, contrasting to the progressive nature of Utopian desires.

The inhabitants were often regarded as having continued to live after the manner of the Golden Age, without the pride and avarice that corrupted other regions.[1] It is also sometimes referred to in English poetry as Arcady. The inhabitants of this region bear an obvious connection to the figure of the Noble savage, both being regarded as living close to nature, uncorrupted by civilization, and virtuous.

According to Greek mythology, Arcadia of Peloponnesus was the domain of Pan, a virgin wilderness home to the god of the forest and his court of dryads, nymphs and other spirits of nature. It was one version of paradise, though only in the sense of being the abode of supernatural entities, not an afterlife for deceased mortals.

1. a metabolic process in which complex molecules are broken down into simple ones with the release of energy; destructive metabolism

2. the metabolic process in which energy is liberated for use in work.

will joe public be able to listen to these somewhere on the net after they've taken place ?

if so, that would be great.

Joe Public is not invited.

I might do a greatest hits if it ever gets that far... Downloads will be available afterwards, but they will cost more than attendance - the penalty for passivity.

wonderful. thanks for the timely reply.

444 "The Limits of Manifestation"; Al-Azif, Alhazred.