Mapping Hades is a Dirty Job, But... (Footnote on don Kotze) 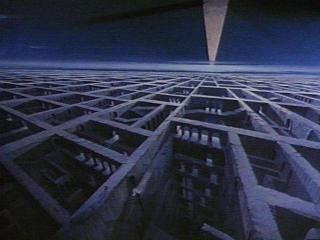 When all the dust has settled I realize that most of all my “frustration” (if that’s even the word) with JK's methodology is personal: there are so few individuals in this field who are able to sustain the cognitive dissonance of paranoid awareness—to allow an understanding of satanic global agendas, ETC, to co-exist with the wider perspective of galactic consciousness. There are so few of us building bridges between the two right now, and though I understand JK’s choice to leave that stuff behind for personal reasons, it still feels like a loss, even a kind of defection.

We are all stuck in the dark labyrinth of consensus reality, and no amount of hash brownies are going to change that. Until we have fully developed our inner vision, our gnosis, we have no choice but to grope our way through it, and to create maps for those who can’t, won’t, or daren’t, take those terrifying blind steps through darkness. There is almost no one out there (Neil Kramer comes to mind, but only a handful of others) taking these steps and making these maps, because it depends on being both willing and able to look unflinchingly at what’s occurring on the world stage (and behind the scenes), while at the same time, allowing it to form part of a greater, more archetypal and illuminating context. It requires an ability to “spin” the darkest most distorted material into a beautiful tapestry of light. And it's only from this dark matter that we can spin a new world: that's what it's here for. We all know JK is capable of this too, and he's doing it, in his own special way. I just can't help but feel he could take his kaleidoscopic vision a little deeper than into Robin Tunney. 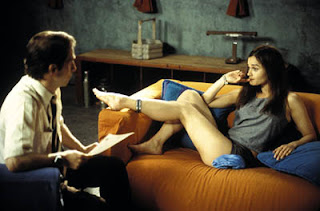 Hey Aeolus I am definatly feeding off of this blog as a resource for this mapping of these electric unchartered areas that we are trail blazing for mass population to have a pop goes the weasel of conciousness.

You know, it comes to mind or out of the mind for the matter at hand that perhaps Aeolus not all of our specializations are designed to look at the shadow. Perhaps some people are here in this time to uphold space, peace and harmony and by that nature transmuting denser energies into a higher field or attractor resonance.

I think as we venture into the realms of the "astral" or intensely right brain, farther reaches of our individual and global unconcious we will have to design new acronyms and language to create a context for people to understand what we are talking about, blindspots in people are always going to be there but the Yin & Yang of all of this we are going to make maps and by assigning language we will develop upon that, much in the same way as Timothy Leary created the eight circuit model of conciousness in harvard when he was exploring the chemical LSD-25 in milbrook.

I also have to say that perhaps all of this dualism should be looked at more objectivley. I think labeling things as one way or another wont be of use to anybody as an example to say LIGHT or DARK.

I think we should perhaps as a tool refer to the mystical term of "DARK" and use the word DENSE, DENSE is more workable and doesnt have such a charged emotional tone.

We need people in a calm and relaxed state, we cant have them jumping around and screaming at satan like it was THE SHINING with jack nicholson.

Overall I am super excited for this forum and I think we are all going to feed off of eachother and get our hands in the mess of unconcious to transmute it into a higher octave so to speak.

I appreciated your comments on this. I agree that the continued fixation of this phenomena on popular culture and movies is ultimately another trap. While I really enjoy it at times, and it has opened many, many doors for me, the path must go beyond.

I am now convinced that looking inside and facing my darkness, is the only thing that will mean anything. JK, helped me get to this place, now it is time to move on.

I really enjoyed the latest episode of stormy weather -- 'Lunatic Tunes' -- and thought I'd better make a contribution of some sort.

First of all, I've never laughed so hard in my life! Your playful, deranged side is quite delightful and very compelling. You seem to have the ability to freely explore all aspects of your psyche without getting lost in the process -- and that, I think, is an important skill for a sorcerer to have. (You said something similar yourself once.)

While you were busy free-associating, my mother walked past the computer and said you sounded like a borderline schizophrenic! And perhaps you are to some extent schizophrenic -- or, more correctly, are able descend into a schizophrenic state (becoming, in a sense, possessed), bringing back important information in the process. Much of what you said during the show, although seemingly random and crazy, did in fact make sense on some level, but required much decoding. Your madness was infectious, and I found myself slipping into a similar state.

By the way, I played your show backwards, and found the following subliminal messages:

Are these the great 'occult secrets' you said you would reveal at a later date? : D

When will the obsession with the chimera that is Jake Kotze end?

You're capable of writing him into an early grave, man!

Or a transformation of identity?

Louis, appreciate the feedback - more than i can say. Say Hi to your mother! ; )

Jake K. does seem to bring out strong reactions in people.

Goro Adachi harbours an intense dislike for him.

Perhaps folks want JK to conform to their expectations / demands.

AK, What happens if JK doesn't want to go beyond looking at popular culture?

Goro has said some super rude things lately, so who cares what he thinks. Jake took a low blow at conspiraloons which wasn't deserved or appropriate for him to be saying. However it takes two to tango. Transformations are impossible unless self willed. Setting a better example might be the only way to influence another.

AK, you've a lovely speaking voice and are sound source reason. I was so anticipatting your chat with Greg but was a little disappointed in the attention to the absurd. I just started listening to you recently and I look forward to more free time to explore your mind further.

Peace and much love

It's the journey not the conlcusion.

Hi Aeolus,
i like the Labyrinth image from Clive Barker's second of the Hellraiser films, Hellbound.

If we look at artists and pop culture, we see the good ones keep changing. Lord of Illusions, has perhaps the greatest 'rendition' of different outlooks between, Occultists, and the kids party magicians.

Wiki says this of Labyrinths which i find fitting, what was once sacred then becomes entertainment.

"Labyrinths can be thought of as symbolic forms of pilgrimage; people can walk the path, ascending toward salvation or enlightenment. Many people could not afford to travel to holy sites and lands, so labyrinths and prayer substituted for such travel. Later, the religious significance of labyrinths faded, and they served primarily for entertainment, though recently their spiritual aspect has seen a resurgence."

Auguries or reading of symbols, which Jung looked at, and artists magicians do regularly is done for a reason. You do not do a reading for nothing but to learn something. Reading the Galactic consciousness is like sitting and watching tv. The difference is the creators, the sorcerers, do the readings to see how to influence the world in their favor.
As above so below.
Back to Clive Barker, character Nix, the 'dark sorcerer' myth. "Nix: A man who wanted to become a god... then changed his mind."

can you explain what you mean by "the attention to the absurd"?

You refer to the Greg interview, when this remark seems to apply to the LUnatic Tunes podcast...

TP - fitting you mention Jung - becoz, besides Chris Knowles, how many of the SM-ers have even read Jung?

I would have to say that (for me at least), the concept and practice of synchromysticism (a catchy but meaningless term, BTW), is basically insubstantial - masturbatory even - without a basic understanding of Jungian psychology. It's typical of the "psychonaut" methodology, I'd say, to take phrases and ideas that have a visceral appeal, without taking the time to get a firmer intellectual grasp of them.

This is known as "winging it," and god knows i have done my share. But I think the downside of such an approach is that any thesis - much less movement - created thereby is likely to be full of cracks, a shaky vessel. SM is just such a vessel, IMHO.

Jk is synching every move. I truly think that can lead to a unstable/dark realm. Your podcast reminded me of many black days I had with black tar. Are you angry at this maze of synchromysticism? I found many shards of truth in the podcast, some that cut. The genius you leading synchmasters have is amazing to me. It can be a double edged sword however. The rabbit hole must be transformational not just a black hole. I learn so very much from you and your kind. I hope the effort does not become a burden in your hand. Shineforth brave souls! Dennis from Oregon.

Conciousness is absurd. Thanks for the welcome. Appreciation will grow.

Hey Aeolus, amazing blog and im looking forward to reading your book. Just a quick note about your last sentence about Robin Tunney: i think she's Kotze's white rabbit and very important to his story. Just a thought, but maybe the Kotze/Tunney thing relates to the intergration of base urges or libido into our evolving reality. This is important cos we all have penises and vaginas (or man-ginas if you're a hermy) and unless they drop off when we enter the next level (metaphorically speaking) we may find that our minds are totally equipped to handle this reality but our libido's run amok. Not sure if that makes sense, but the schoolboy crush/conspiracy theory combo is one of the most unique components in Kotze's work and I appreciate it and empathize with it (certain girls I've chased have led me into some interesting realms.) Teen horniness is not a crime!

good point worth making: JK's brand of SM certainly appeals to the adolescent sensibility, and that's no slight. I can imagine no gentler usher into the wonderland of imaginal consciousness for newly awakening libidos than JK. ; )