How to Kill Gnosis 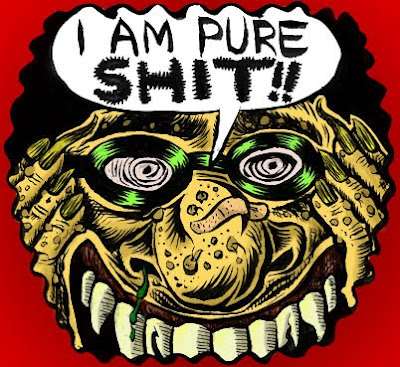 In modern society, the idea of competition and status is central to our sense of accomplishment and self-esteem—it is the very life blood of the Western world. The difference between co-operation and competition is simple: cooperation entails working towards a common goal and adjusting one’s personal performance to fit with that of others; competition entails placing one’s own performance first, pitting it against others as a means to prove one’s superiority. In the latter case, the ultimate goal (“success”) is not shared but, on the contrary, depends on all the other parts of the system “failing.” Nothing could be further removed from how intelligent systems such as Nature actually operate. Yet to some extent, all myths—since they invariably entail the glorification of heroic prowess—are to blame for this deviation from the natural order.

Read as symbolic narratives, myths do indeed show how the archetypes—gods, demons, and men—work together as part of an alchemical process occurring within consciousness. Even when a mythic narrative betrays an overtly competitive flavor—as when Jason oversees a competition of warriors to choose his Argonauts—the competing is still directed towards the end of cooperation. Yet the more literally these myths are interpreted—as stories and not blueprints—the more the competitive struggle—good vs. evil—has been brought to the fore, and the less apparent the subtler nuances of cooperation have become. In myths, heroic challenges and conflicts are meant to prove the character’s mettle and reveal his true nature, his function within the story—just as does Jason’s testing of the Argonauts. The difference is between symbolic contest and actual battle. Men competing in a game and sharing beers afterwards—the modern male-bonding right—is very different from men meeting on a battlefield to kill each other. Yet it’s easy to see how the one can lead to the other—as when supporters of rival football teams go to war—and the reason is always the same: subtler, finer, metaphoric content is mistaken for coarse, literal, and personal meaning. When the ego gets overly invested in the game, the “game” becomes a war. Likewise with myths. When the various players are seen as actual autonomous forces battling to achieve opposed ends (rather than aspects of a single psyche), the mythic blueprint of individuation becomes a bloody tale of separate egos competing for power. It still acts as blueprint, but it no longer pertains to any true (inner) reality, even if soon enough it leads to the creation of an outer reality to match it!


Literalizing the Myths, Killing the Gnosis

At a certain point, impossible now to determine, mythic narratives began to distort, to lose their symbolic meanings in place of more literal interpretations. They began to serve a new function contrary to the old: instead of catalysts for gnosis—manuals for the psyche—they became simply tales of heroic individuals and their deeds, to be endlessly interpreted, re-interpreted, and misinterpreted. The most obvious and immediate way in which essentially non-rational narratives were made semi-coherent was to introduce the idea of “supernatural forces,” of gods and demons and the like. This was in stark contrast to the subtler, inner, psychic forces which they were originally meant to signify, forces found not outside or above Nature, but concealed within it.

It’s easy to imagine how those early scholars, when interpreting the old myths, and confounded by the lack of linear structure or rational meanings, would have found the temptation to “flatten” them out into straightforward narratives all but irresistible. To give a very simple example: Egyptian myths of Osiris, Set and Horus remain ambiguous as to whether Horus is Osiris’ brother or his son and whether Set is Horus’ brother or uncle, and so on. To the Egyptians, such questions seemed irrelevant, because the myths were not about individuals (not even supernatural ones) but abstract forces; hence the relationship between them would not have been fixed in the way we, with our mechanistic view of a world built upon structures and form, require things to be. When Zeus takes the form of a swan to seduce Leda, no actual transformation is required, because the forces of the psyche are not fixed and are always mutating. But when these principles are dragged into fixed identity-form as characters within a story, they need to be interpreted as supernatural, beings, gods, simply to make sense of them.
Posted by Jasun at 14:01

Most of this is older material only seen by Inner forum-ers, so no, thankfully this is not the case

Not sure about the logic here. In nature everything has it's place and everything is part of a greater "system" eg. - leaves fall off trees, beasties eat them, then shit, other beasties eat their shit, eventually a substance is produced which can be assimilated by other plants (maybe ebven the same tree) and help sustain future growth. The plants and beasties are in competition.

There are two families of foxes with cubs and only enough local rabbits to sustain one. The fox families are thus in competition.

I totally agree with the human competion aspect you are bringing up, but there is an element of competition in all nature

In the book Tarka the Otter, Williamson discussed how Tarka runs the same path that otters have taken for centuries, yet has never been shown. Is this the unconscious we are striving for ?