The Purpose of Myth 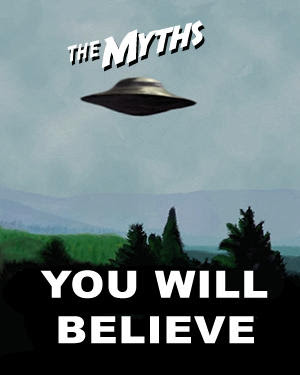 Myths tell stories; not with a moral or a message, but with a purpose. Rather than instructional or cautionary tales, myths are closer to being a kind of “user’s manual” for the psyche. Myths are collective blueprints, maps not of outer terrain but of the inner landscape of the psyche. At the same time, since they are narratives, these maps are moving, dynamic, in constant flux and change. They chart a process within the psyche, a process by which that internal landscape is both revealed and transformed: transformed by being revealed. This is evident in the most traditional and familiar of mythic narratives, that of the quest for forbidden (or promised) lands, the hunt for magikal treasures, and suchlike.

Myths are populated—we might even say “configured”—by archetypes. Just as a car is constructed around various parts that together make a vessel, myths are built upon, with, and through the arrangement of archetypes. You could say a mythic narrative is akin to the tracks left in the dust by the movement of archetypes; yet at the same time, it is more than that. A myth is a strange attractor, a morphogenetic field created by archetypes, one that draws us into a sympathetic relationship with them. This relationship allows us not merely to experience the tale second-hand, but to embody it. By matching our psyches with the process being revealed, they are transformed by it and become one with it. Since archetypes are essentially synonymous with the myths they inhabit, or “drive,” if we align ourselves with a mythic narrative through our actions, we become identified with the archetypes. This is the alchemical process described by Jung as individuation, by which the various unrefined aspects of the personal self are integrated and transformed, into a holistic, transpersonal Self, just as the alchemists of old transmuted lead into gold.

The process of individuation described by Jung is the goal of psychological development; in metaphysical terms, it amounts to “God’s incarnation.” The first step to individuation is “differentiation.” This entails distinguishing and separating each part, or psychological function, of the psyche, in order to consciously access and understand them. According Jung, the psyche is divided into three major parts. Firstly there is the ego or conscious mind, which equates with the personal self (including the constructed identity). Then there is the individual unconscious, which includes forgotten or suppressed memories from our lives, from birth to present (including our dream life), and equates with the impersonal or authentic self. Finally, there is the collective unconscious, shared by the species, the combined memory of human thought and experience from ancient to modern times, including the basic human instincts as well as the archetypes. This last amounts to a transpersonal or archetypal Self—i.e., “God’s incarnation.”

Individuation, then, is the transformational process of integrating the conscious with both the individual and collective unconscious. Integrating the conscious with the collective unconscious is the means of harmonizing and realizing the archetypes. As in the ancient mythic tales of men transformed into heroes, and sometimes into gods, this is achieved by embodying the forces of Nature and of the Universe.

Jung wrote: “I use the term ‘individuation’ to denote the process by which a person becomes a psychological ‘in-dividual,’ that is, a separate, indivisible unity or ‘whole.’ . . . The persona is an obstacle to the individual’s development. The dissolution of the persona is therefore an indispensable condition for individuation. . . . It is the task of the conscious mind to understand these hints. If this does not happen, the process of individuation will nevertheless continue. The only difference is that we become its victims and are dragged along by fate towards that inescapable goal which we might have reached walking upright, if only we had taken the trouble and been patient enough to understand the meaning of what crosses our path.”

Archetypes (the gods and demons of ancient myth) are universal principles with nothing personal about them. And yet, they can be embodied by individual characters and so become anchored in the personal, temporal realm of mortal men and women. Without such anchorage, archetypes have neither form nor identity, being rather functions, types of motion, “processes.” So it is fair to say that the gods can only become real, whole, through men. Like gravity or electricity, putrefaction or blossoming, these divine processes pertain to the Universe at large, but also to the inner universe of the psyche. So, although the archetypal powers embodied in myth as “gods” stand for elemental forces such as wind, rain, Sun, and so forth, they also correspond with aspects of our being every bit as vital to the smooth functioning of our inner world, as the planets and stars are to that of the Universe.

In simple terms, myths are populated by certain basic types—the Hero, villain, sidekick or second-in-command, the evil feminine (temptress), the good feminine, and so forth. Jung described how these romantic tales can be interpreted psychologically in terms of anima, animus, Shadow, Other, and so forth. Just as the various aspects together make up the totality of the psyche, or Self, so the many gods and devils of ancient myth made up a Pantheon—a collective—which was not a static museum of idols but a living, moving process (much as are the Psyche, and the Universe), described and mapped via the narratives we call “myths.”
Posted by Jasun at 17:29

Aeolus -- this is good but the problem with Sheldrake is he just talks about resonance habits without looking at the actual structure of resonance itself.

Consider Jung -- the myth archetype guru -- he had the Secret of the Golden Flower as the ideal alchemy book. But it's only MIND YOGA.

Not until later was "Taoist Yoga: Alchemy and Immortality" translated by Charles Luk.

Guess what -- MUSIC is not a myth but it's what causes the sympathetic resonance -- and it's NONWESTERN music.

The Muses were the original myth -- the rainbow snake from the mother flute of Pan....

The small universe microcosmic orbit alchemy is the 12 notes of the music scale as the original mythic alchemy.

There is a method to the madness of pan and it's the Taoist Tetrad.

you are coming in with some very deep/complex points, sort of ironic as I was/will be attempting to strip the subject down to its bare bones, as I know a lot of folk in the APC don't know their archetypes from their elbow, ha ha.

Myths are stories, and means to psychological insight without any (need for) esoterica. My hope is that these pieces I will be posting will be of interest both to the adepts such as yourself as well as to complete novices.

i think im one of those that doesn't really understand archetypes and i feel for that reason don't know what to do when particular archetypes keep resonating sometimes i think i react the wrong way eg with the dark goddess archetype, but i love this peice , i really must get one of your boooks

I wish I could add something to the intellectual discussion, but I just have to ask - what are those b&w myth cards? I´d like to see some more.

Grail Maiden, image just something I found on the Net, no idea where it's from.

Steve: the idea of 'reacting wrongly to archetypes' is an intriguing one, worth looking into in more depth, I'd say.

Any reaction is 'wrong,' just as any response is 'right.'

Reaction is pattern-driven, response is a movement of being; this is why 'reactive' types are the norm, where 'responsible' people are rare.

To 'react to an archetype' would be to superimpose our patterns upon a formless energy field, and turn, say, the impersonal Pan-energy of Earth into the Christian, personalized Devil of fire and brimstone.

The pattern of powerlessness and distorted sexuality (and fear of the female) is what drives this reaction.

Something similar going on between you and the 'dark goddess'?