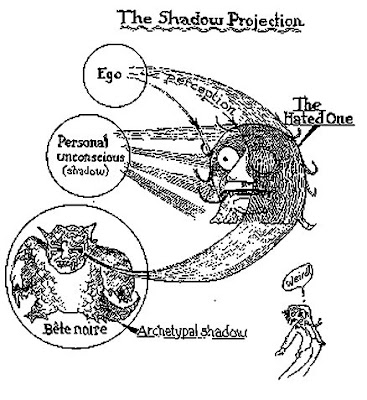 It's Monday. Time to talk Moon-stuff.

Astrologically, the Moon is the first of the planets to which we connect.

Gnostically, it is the first Archon or Gatekeeper that must be negotiated with.

Planet of feeling, of memory and dream, of the unconscious, it is symbolized by Isis, Diana the Huntress, the Virgin Mary, but also the grandmother wisdom of Hecate the crone, whose womb is barren. To the Semites, the Moon god was known as Sin. In the Tarot it is the High Priestess, but also The Moon, signifying delirium, madness, despair, witchcraft, the dark night of the soul, and initiation.

The Moon reflects the light of the Sun (Soul) down to the Earth (Body). It is our connection during the dark winter days. Once upon a time, it was essential to Man's survival. Now artificial light has rendered the Moon little more than an antiquated adornment in the heavens, a romantic irrelevance.

Psychologically speaking, the Moon relates to the Shadow, as what we disown by pushing down into the personal or collective unconscious.


It is only by looking out that we can see inward.

Only though relating to what is outside of us can we come to know ourselves.

We see ourselves primarily through what we project outward, being what we disown, and what we idealize.

Personality is the mood of the soul.

The Moon receives our projections: our lunacy, dementia, and despair; but also our purity and our idea of immaculate perfection.

Such projections make it possible to navigate the darkness of our disconnection to our Souls and to the divine. For what we cannot experience within us, if we can see outside of ourselves, we have the possibility of relationship with.

This is how the images of gods - and the planets - became necessary to Man's psychological survival.

If we can perceive images of perfection and beauty, then we have the chance of finding such qualities within ourselves and of taking back our projections, be they of lunacy or purity. 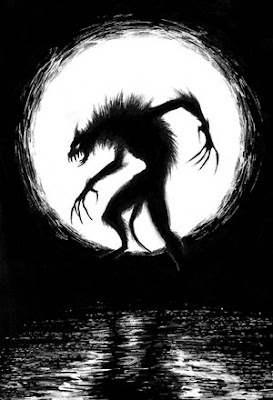 The Earth is our Body. But it was only by reaching the Moon that we could see the Body as it is - the Earth globe hanging blue in the Heavens, "Look, see how fragile she is!" That image changed the consciousness of Man and helped give rise to the environmental movement.

Only by looking outward can we perceive ourselves. The eyes do not gaze inward.

Astrologically, we look to the Moon, the most personal of the planets, to represent the Mother, our first connection to the world, but also the original source of our bondage. Just so, the Moon controls the tides of the Earth, the Earth being as a Womb, regulated by the electromagnetic influence of her sister satellite.

In certain occult teachings, the Moon is a soul-recycling plant, a receptacle for dead spirits, astral fragments, and disowned psychic energies (thought-forms) to be processed and recycled therein. 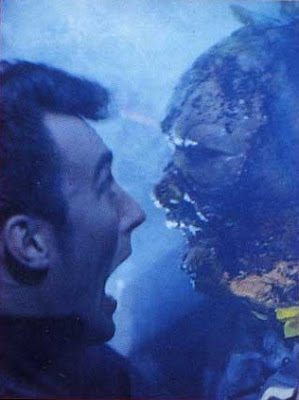 Why do old legends and folklore speak of the full Moon causing wolves to howl and lunatics to prowl? And now, we talk in whispers of occult rituals performed there by Freemasons, of the plans of space-faring psychopaths to colonize her and take over the solar system.

The US flag in the Moon: what was it but an occult ritual to symbolize the owning of the Shadow - not by the species but by a handful of Masonic sorcerers who staked their claim, all trespassers will be prosecuted? The collective Shadow, when not owned by the whole, becomes the means of domination for the few.

The bid to reach the Moon was a bid to leave the Earth behind - to escape the Body - and conquer the unlimited scope of the Heavens.

Meanwhile, the Moon still haunts our dreams and our legends with tales of lycanthropes and Vampires, reminding us of our primal origins. 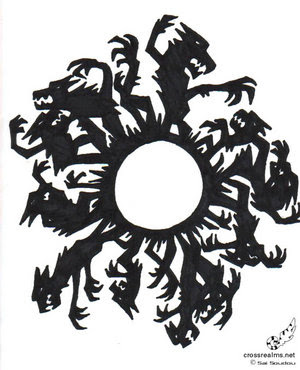 What we do not process and integrate becomes toxic and cancerous. What we do not bring to the light of our consciousness controls us unconsciously, into addictions and compulsions that drive us to distraction, and eventually, to destruction.

Environmental crisis on Earth? It is the psyche that is polluted that punishes the Body, for its own unexamined life. The unlived life of the parent, the sins of the fathers, is what destroys the child in the end.

The truth of the "environmental movement" is that it is the latest and final act in humanity's vain bid for sovereignty and self-aggrandizement.

The Earth gives and sustains life to all that live upon her. Now we see ourselves as the Earth's handlers: only we can take care of her, the Earth needs us to love and heal her!

Nature does not need our love. This is more projection. We are the ones who are fragile and polluted and in danger of extinction. Not because of what we are doing to the Earth, but what we have done to ourselves.

Owning the contents of the unconscious (the Shadow) is the means to becoming fully conscious. This depends on having a proper relationship with the Moon, and with the Shadow. 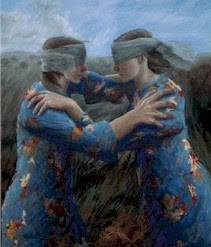 The Moon is not a stepping stone to the stars. She embodies not our future but our past. The sins of the fathers, the unlived life of the parents, the ghosts and fragments of the dead, all belong to Hecate's realm. But also our connection to the ancestors.

The Moon is the Earth's Other. The Other lets us know what we are, by showing us what we are not.

Now conquered and colonized, polluted by humanity's offal, the Moon no longer serves as she once did, to recycle our astral waste. The human psyche has lost its containment; the backlog of unprocessed species psychic matter is near to over-flowing.

Do you want to know about "environmental crisis"?

Across the world, an epidemic of mood disorders, depression, dementia, despair, delirium, alcoholism, addiction, compulsive disorders, obsession, madness, insomnia, sexual pathologies: at root of all these things, is the primacy of personal feelings over the knowing of the Body.

The mood of the human soul has turned to despair.
Posted by Jasun at 20:10

A really helpful post and thought-provoking. I am deeply committed to working with my shadow and this is just about the best explanation of why it is important to do so.

I love the first image, with the moon, showing the shadow projection. Is it your own work, or where did you find it?

thanks maiden, from the collected aeoli!

Found the image on the Net, not sure where....