Tender Crises Now Available for All! 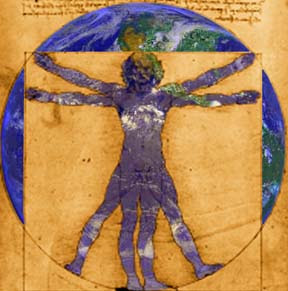 There is a blueprint unfolding. There is a motion from the outer towards the inner. There is a public unveiling on the cards.

What is the Stormy Weather Existential Detection Agency? And how, exactly, is it linked to the ARGO?

Where does the Ghost come in?

Has Elvis finally left the building?

Is the host lost in an evil fog of his own creation?

These and other questions will soon be answered, right here, in this place you used to think you knew so well!

Remember what we told you back then: that was not it.

What is a meta-narrative? An archetypal blueprint, concealed beneath the surface narrative of our lives. This abstract core is in everything, every book, movie, billboard, idle conversation, and fucked-up personal history you care to name. It is in what you are doing right this moment.

It drives you without your even being aware of it.

It pulls your strings.

It is the stand-alone complex of which you are but a microscopic part, blissfully oblivious.

A process of unraveling; a tender compliance.

So, with that contextualization, here is a meta-narrative for you all, from the man who would not be Aeolus, who preferred to shoot at ghosts than lead the living.

It's a tale for the Planets; for my brothers on the inside, who have shared their stories with me, and opened their hearts and guts, for no other reason than that I gave them a space to do so. Insanity loves company.

It's a story of the Martian hero, protector of women and children. A sociopath turned savior.

A simple story. Hollywood would love it.

Chris, a driver for the mob, brings food for an imprisoned woman, Angel, a gangster's moll. She begs him to help her and and her young boy escape, to save the child from growing up to be a killer. Against all his better instincts of self-preservation, Chris intervenes. He does the right thing, the only thing, he can do, as a man. He protects the woman and the child.

Perceive and interpret all the events of our lives as we would a dream.

If you want to know where you are at in yourself, look around you.

The Universe is ensouled. It is all one system.

Consciousness interacting with itself.

Psychologically speaking, Angel represents the purity that Chris had lost, in his life of brutality, torture, and crime. His desire to protect the woman and the child and take them out of their prison, into a new life, is the heroic quest to rescue the wounded anima, and to protect innocence.

he bad man turned savior: his conscience awoken by the Angel’s appeal, he steps out of the role assigned him by circumstances, and assumes that part closest to his aspiration, the upright man, “John Wayne,” the righter of wrongs and the doer of good. 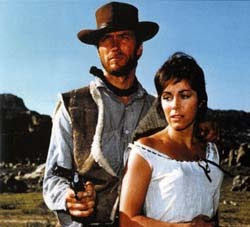 When asked why he risked his life to help a stranger, Chris replied: “'Coz no one would ever do that for me.”

But his heart is divided. Once the anima is rescued, safe, he cannot resist taking a little for himself. He is only a man, after all. He is not a saint.

“I was a man; for me, it didn't matter how it started, everything had to end in a fuck.”

Soon after the consummation, Angel abandons the child in a church, returning innocence to the sacred domain, handing over her son to a priest to keep him out of the hands of the mobster. Angel cuts her mother’s bond to her child, out of love for it, as the only way to keep it safe and protect its innocence. She then recruits her “driver,” the man who has held a space for her to retreat into, to assist her with a magikal ritual, to erase her identity—as the child’s mother, the mobster’s moll—and become a new being. A white gown, a bottle of wine, personal items gathered together in a bundle to be buried in the forest in the rain. The task of burying the bundle she entrusts to her protector, but pragmatism, or possibly greed, gets the better of him. The bad man deceives the Angel, secrets the items in the trunk, and does not complete the cleansing ritual . He does not bury Angel’s past. Is he perhaps unconsciously preventing her from breaking free?

Whatever the case (and whether Angel truly desired a new life with the bad man), soon after this, the alchemical “marriage” ends. The force of Pluto (police, judges) intervenes and the couple is separated. The driver is accused of black marketing in babies. Any semblance of heroism to his acts is lost in the confusion and quickly forgotten. He is put on trial and his character defamed by corrupt officials eager to protect their own office. Though he is able to beat the charges, his life is now in danger from retribution at the hands of the betrayed father. Now he has no choice but to forge a new life for himself. Though Angel has failed to break free, in his attempt to help her, Chris has succeeded in doing just that. He can never return to “the life”; he must go underground—bury himself in order to get clean.

Angel is returned to her prison; the child is taken back to its father, perhaps to grow into a mobster, perhaps not.

Yet by this failed act of all-too-human but nonetheless heroic intervention, Chris found his own solution. He had wanted out of the life, but he had not found the way, because he hadn’t found his will. By playing the role of “John Wayne”—“bad man” to Angel, the rescuer of the distressed damsel—he found his will and he found a way. What he failed to see (perhaps what he still doesn’t see to this day) was that it was he who needed to be saved.

As the above is a clumsy attempt to show, Chris’ tale is more than just a story. It is a meta-narrative. An everyday myth, in which the archetypes are urban, dirty, profane, as in some pulp fiction novel or film noir of the 40s made real. But the myth shines through the cheap paper and the gaudy imagery.

The fragmented psyche’s attempt to integrate those disowned aspects of itself—the wounded anima, the abandoned child—is one with its attempt to redeem its shadow nature. It is only when we are moved to help another that we find the compassion we need to save ourselves. By recognizing the plight of Angel, the anima and the innocence lost within himself, the sociopath becomes, for a moment, a hero. And so his journey begins.

This has been an attempt to bridge two worlds. To tie together the many separate threads of my own narrative, both surface and abstract, into a newly integrated wholeness.

The Ghost is soon to be put to rest. The existential detective work is about to commence.

All aboard! The ARGO is readying to set sail.

a solipsist collective identity - wow. How does that work?

Well impossible obviously.. Although there have been a few movies about such a phenomenon ~ "Identity" with John Cusack for instance. It concerns a mass murderer with 9 or 10 different.. and separate personalities. None of them view themselves as Tulpas ~ and none of them have a permanent extension to the host.. Once one personality drifts off ~ The host can't even comprehend that it was ever real. SWEDARGO is nothing like this ~ As I take each and every one of you with me.. your experiences as real as my own. People shouldn't take an invitation to such a group lightly ~ These life vests aren't thrown out very often.

I am loving the direction you are going....I call life the waking dream. After 25 years of Jungian dream work there are times when the veils between the worlds become very thin and I don't know if I'm in the dream or it's dreaming me...

"I'm going to tell you about the dreamer and the dreamed. The double begins in dreaming . The double is a dream. I am referring to the first emergence of the awareness that we are luminous beings. Each one of us is different, and thus the details of our struggles are different.

"The self dreams the double. Once it has learned to dream the double, the self arrives at this weird crossroad and a moment comes when one realizes that it is the double who dreams the self. Your double is dreaming you. No one knows how it happens. We only know that it does happen. That's the mystery of us as luminous beings. You can awaken in either one."

yuck, i retract my original comment. it looks more assholish than was intended.

Thanks Aeolus...I did read Castenada a long time ago....That statement is perfect for what I'm feeling....getting ready for some shamanic journey work in a month!!!!

Q: What is a sorcerer without his stories?