From Slime to the Sublime 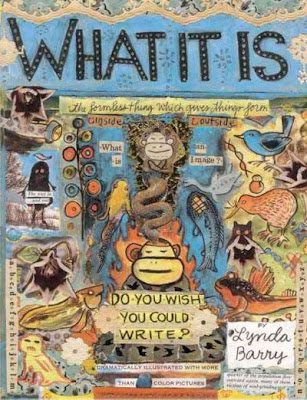 I’ve been thinking about your allowing a more "negative" perception of the current path of consciousness/humanity (your repeated references to things shutting down or decaying, and suchlike) to co-exist with the other, more upbeat view that most of us here share: that of some sort of quantum leap of consciousness (collective shift of the assemblage point) being due.

The nature of the Shadow is that any positive expression always summons into being the very inverse, meaning that, even if we are due for such a shift, it would inevitably entail an opposite shift occurring simultaneously, in order for the cosmic balance to be maintained.

Until now, I've reconciled this conundrum by perceiving a pending Apocalypse that will precipitate the shift in consciousness, so that, as befits a falling object, the Shadow precedes the event. The trouble with this POV is that a) it is causal and linear; and: b) what is far worse, it echoes the Christian and Old Testament view of a Day of Judgment in which only the righteous few are saved, while the rest get thrown into a Pit called Because. So it’s a way for Pluto-embodiers like myself (would-be niggas?) to have their cake and eat it ~ I can emphasize the shadow nature of the shift, while at the same time feeling exempt from it. I get to look forward to the Apocalypse.

Exchanging views with you (until now never directly about this subject) has allowed an alternative perception to dawn. Consciousness is moving not only forward but also backward, through time; it is a double current, with a twin-direction. This means that, as we enter into divine consciousness, our perspective will begin to encompass not only new, unexplored states of being, but old, disowned, long-forgotten states also: in other words, to move not only into the future but into the past. So, as consciousness expands (and descends) beyond/beneath the personal, into impersonal and archetypal realms, our experience will be of both an evolutionary leap “beyond flesh and blood” ~ into energetic awareness ~ and a return to the primordial slime, that slime which we, as a species, have been struggling so hard and long to get out of!

From the point of view of physical existence, however, the past is finite; the future is unknown, and possibly infinite. Like heat, it has the potential to expand beyond all limits. DNA’s journey begins in the slime, but, as an expression of the divine will through matter, it has no conceivable end.

If this is the case, then to experience this two-directional stream as persons would entail becoming polarity beings, male and female in one flesh, divine androgyne. Since we cannot will our mutation into another state of organic existence (or inorganic for that mater; the Old Seers tried it, but I don’t recommend it!), what does that leave? To experience the alchemical wedding not merely as an internal process, but also as an external, personal enactment, via communion with a flesh and blood other.

The flaw of the personal self is in thinking it can understand sex, or anything, in believing we can direct or control it, or anything, and then in acting on that belief.

But this isn’t what the personal self is for. A baby does not need to take care of its own needs; a chrysalis doesn’t need to sprout wings and fly.

All we get to do, as persons, is to lay our heads down. 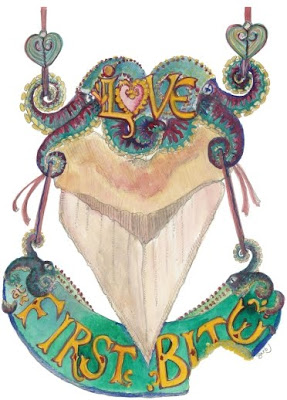 "Consciousness is moving not only forward but also backward, through time; it is a double current, with a twin-direction."

Would these imply that conciousness is expanding, from a centralized point out to the backwards and farwards?

And would this imply another duality, that of contraction?

Once we visit and own our past, we never have to visit it again.

Are you familiar with Jay Weidner's article The Topology of the End of Time? He sees the Kali Yuga as ending with quickening of this density to a point of singularity which sounds a lot like what you are describing. http://www.jayweidner.com/2012Topology.html

Perhaps it is not Consciousness with a capital C, but with a small c that has two streams? Human consciousness is a reflection of the omniconscious big C, but caught in the dualistic third dimension. Have we created this current that we are attempting to swim out of -- or caught in?

My small exploration of Vedic studies has indicated to me that divine consciousness is beyond space and time, and that past, present and future, but all be accessed by us wee humans at anytime.

The concept of double current also reminds me of Nassim Haramein's unified theory.

thanks for stopping by; have you considered joining the forum for lost souls I think you;d fit right in.

so how do i get in , an what the fuck do we do?!....
i am actualy ready for some interaction!?
ps nice ideas in your from slime to the sublime....i could add a whole lot more... waiting on you...

you join the forum and proceed from there, inward....