End of the post-endgame (or, coming out the other end of Merc Retro)

I see from your recent discourse with Tommy that AK in its current incarnation is unraveling... As I explained to Stephan in a recent email, I envisioned the planetary model as a means of developing a sense of authentic community between like minds that would transcend the boundaries of 3d space (ie brotherhood despite apparent limitations of the internet). Perhaps this is still possible.

The opportunity for shedding the responsibility of personal identity in the name of a larger community has great appeal to me. My own vision involves the banding together of men who shared the common goal of ego-annihilation and self realization. Is it naive to think that this could be done with a group of friends who I had not met in the flesh?

I unwittingly took away your toys a few months back.. it is understandable that fate should put them back into your hands.

P.S. Woman 1 has just notified me that she may be pregnant. 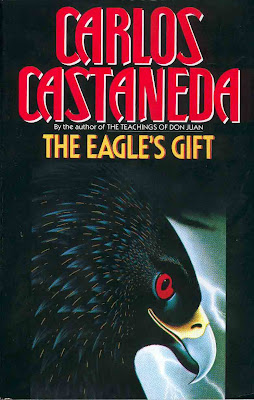 Starting point of an enquiry:

“My own vision involves the banding together of men who shared the common goal of ego-annihilation and self realization. Is it naive to think that this could be done with a group of friends who I had not met in the flesh?”

The question whether “this could be done” obviously does not refer to the possibility of “the banding together of men who share [a] common goal”, but rather puts into question the goal itself:

This “retranslation” of the initial question reveals the speaker’s existential orientation, will say, his vertical point of view, straight down into the abyss of his own personal existence!

To be entirely correct, the question is not even aiming at the possibility of achieving a goal, in one way or the other, but the question is, in fact, an exclamation:

Not “Can this be done? but “This must be done!”

“Is it naïve to think this must be done…?”

can be retranslated into the exclamation:

“It is impossible – and yet it must be done!”

The existential philosopher Celia Green put it this way: “Only the impossible is worth attempting. In everything else one is sure to fail.” And the Christian mystic St. John of Ruysbroeck noted that the mystic’s life is “a perpetual striving after the unattainable – this, is, ‘striving against the stream’.” In Buddhism / Brahmanism, as in Islamic Esoterism, the Seeker’s “Way” is often considered under the symbolism of a “Voyage of No Return” “upstream” along the “River of Life” to its source, “Fons Vitae”, also “An Ocean Without Shore”.

What would be naïve, of course, is to look for clarification about one’s confused intuitions of ‘Existence’ and to arrive at a fatal conviction: “some blog / forum / webpage there is a man from whom this clarity emanates; some place in the world there is a man who is this clarity. I resolve to dedicate my life to finding him.”

I welcome and resonate with the speaker’s question,

because what is NOT naïve, far from it, is to resolve to dedicate one's effort and time to finding “Wayfarers”, that is, “a group of friends who one has not met in the flesh”, and who share the same reality orientation, the same vertical point of view, straight down into the abyss of their own personal existences, so that they may “support” each other in ways that enable them to play the game, as it were, at a “sattvic” level, will say, at the highest level possible, so that they excel in excellence, and, in the end, may speak truly:

“We have not succeeded in answering all our problems. The answers we have found only serve to raise a whole set of new questions. In some way we feel we are as confused as ever, but we believe we are confused on a higher level and about more important things.”

“Then I beheld all the work of God, that a man cannot find out the work that is done under the sun: because though a man labour to seek it out, yet he shall not find it; yea farther; though a wise man thinks to know it, yet shall he not be able to find it.”

“Know with absolute certainty, that the Divine Essence never shows itself to you as itself, but only under the form of one of its eminent attributes; and know that you will never know the meaning of the word ‘Allah’.”

“The mind ceased producing events. The ancient and ceaseless search stopped — I wanted nothing, expected nothing — accepted nothing as my own. There was no ‘me’ left to strive for. Even the bare ‘I am’ faded away. (…) But I feel that I have lost nothing by not knowing, because all my knowledge was false. My not knowing was in itself knowledge of the fact that all knowledge is ignorance, that ‘I do not know’ is the only true statement the mind can make.”

Interesting, 25 came up for me 3 times yesterday. This morning I awoke to a computer that had renamed files at random, all the desktop file names were variations of 11, or 1111 or 11111.

For a fellow non participator the desire to be a part of group is bewildering. I despise them and yearn for them. One of the many splits I harbor.

"[The] number 11 might symbolize and reflect some kind of disorder in an individual's life or psyche..."